Ouistreham to Saint-Aubin-sur-mer
Welcome to the Pearl coast, in Ouistreham, at the gates of Caen.
When you take the scenic routes along the Pearl coast, you discover a picturesque hinterland, often wild nature, treasures of small villages and you really feel elsewhere.

Throughout their history, Normandy and Calvados have been a source of inspiration for many writers who have drawn inspiration from them for their stories.
The former fishing villages of Ouistreham, Lion-sur-mer, Luc-sur-mer, Langrune-sur-mer and Saint-Aubin-sur-mer consist of small houses gathered around common courtyards. The traditional house had on the ground floor the main room, and on the first floor the bedroom, which was accessed by an external stone staircase. Under the Old Regime, the sailors
Ouistreham was once a fishing hamlet, grouped around the fortified Romanesque church of Saint-Samson and the Grange aux Dîmes. It became one of the most prestigious seaside resorts on the Normandy coast at the very beginning of the 20th century.

The guided ride also gives pride of place to Art Nouveau, the Rococo and Anglo-Norman style in Pearl Coast in the footsteps of Architects Hector Guimard, François Rouvray, Aumasson and René Lalique.
The Côte de Nacre still has small treasures of Art Nouveau, this architectural style very popular in the 19th century.
Although there are only a few traces of Art Nouveau in Normandy, mainly due to the destruction during the Liberation, some nuggets still remain today. Aesthetics and curved lines are to be discovered.

Iron, steel and cast iron: the metal is worked in ribbon, twisted and volute and blends with the stone and even the pebbles of the seaside for some constructions. Cast iron has the advantage of being moulded. It was used for window and balcony railings by Hector Guimard for the realization of his entrances to metro stations in Paris with very personal motifs. François Rouvray, an architect from Caen will be inspired by the work of Guimard and he will have to his credit some beautiful constructions. As for A. Aumasson, he left us a magnificent villa in Saint-Aubin-sur-mer.

Discover the coast of Nacre, its architecture and the richness of its landscapes.
This guided tour of the Pearl coast extends from Ouistreham to Saint-Aubin sur mer.

You will finsih at Parking Place Albert Lemarignier Ouistreham 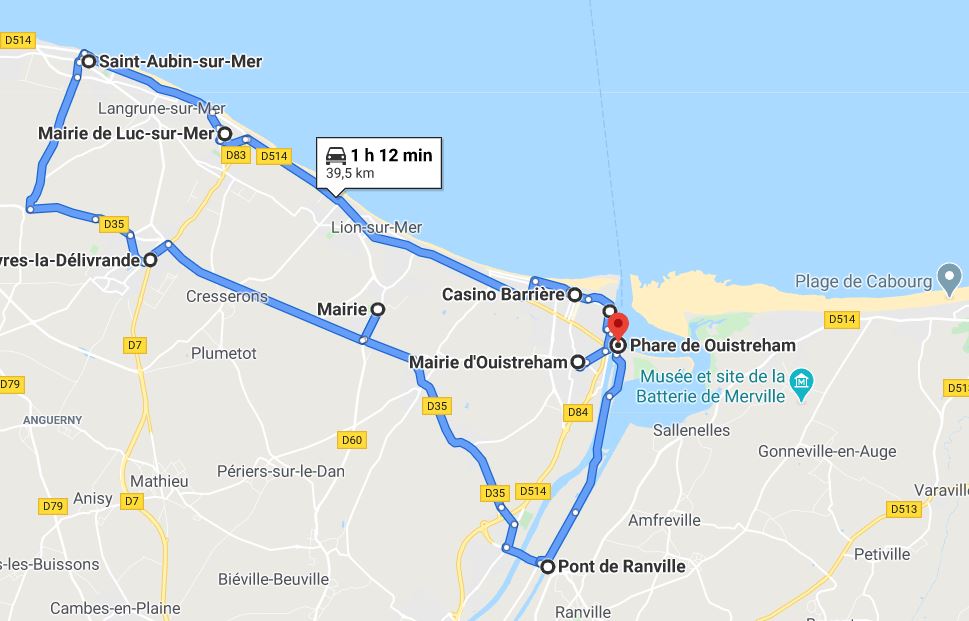